SAM ALBERT TO CONTEST NEW ENGLAND FOREST RALLY​
Revolutionary Sports Team driver Sam Albert will be competing at this year's New England Forest Rally on July 18-19th headquartered in Newry, Maine. The team hasn't competed since the Susquahannock Trail Performance Rally in 2012 and are excited to get back on the stages. The team will be entering the regional open class competition where they will be seeking a podium finish. Even though the team hasn't competed in over two years, the team's car, a 2004 Subaru STI, has seen significant development. This year they have partnered up with Turbo by Garrett and Innovative Tuning to upgrade the turbo system of the car. Turbo by Garrett has provided them with their specially designed GTX2860R "Rally Potato" turbo that was designed to work with a 34mm restrictor mandated by Rally America. The new turbo along with several other improvements should help give the team a competitive edge.
Sam will be driving with Adam Kimmitt as codriver for this round of the Rally America Championship. Adam has worked with the team in past and has recently gotten codriving experience with other Rally America drivers Jon Kramer and Garry Gill. Adam is also the head of the Washington DC Region SCCA Rallycross and will be a definite asset to the team going into the event.
Revolutionary Sports will like to thank its sponsors Turbo by Garrett and Innovative Tuning for their support and dedication to motorsports.
To find out more about the team and to get up to the minute updates, check out the team's Facebook page at http://www.facebook.com/revolutionarysports 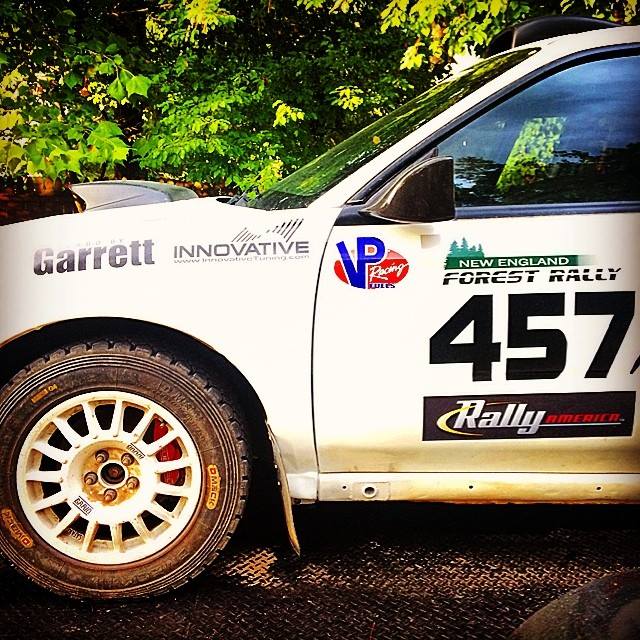